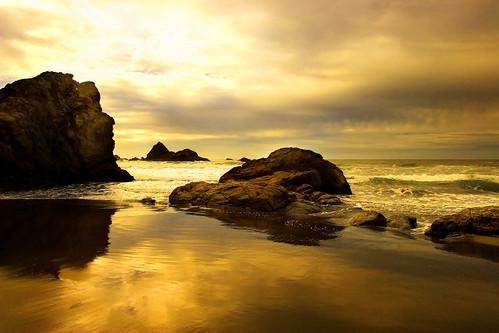 “Creative Director Jenny Lam expanded the search to Flickr and contacted people who took really interesting pictures, asking them, “So, how would you like one of your photos included among the default wallpapers in Windows Vista?” The Flickr artists were excited to be a part of Windows Vista (one of them by an astonishing coincidence happened to be a beta tester), and after the lawyers had their sayâ€”because nothing is complete without lawyers getting involvedâ€”Microsoft sent the photographers on a commissioned photo shoot.”

From The Old New Thing.